In loving memory of Prof Chris Buckley – a true legend and pioneer who dedicated his life to providing water and sanitation services to the unserved. 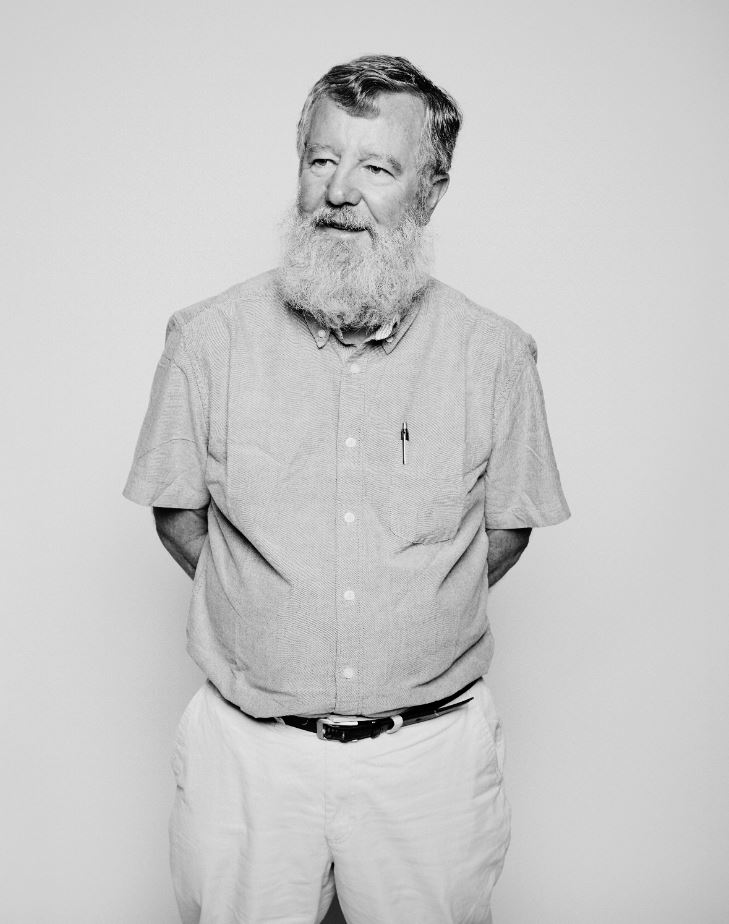 Chris was a well-known, iconic figure in the international Water and Sanitation field, and touched the lives of so many, both personally and professionally. He was one of those unique people that always managed to inspire everyone with his astonishing general knowledge, and deep understanding of science and engineering. Chris’s compassion, patience and dedication to students and young researchers resulted in the completion of over 100 Masters and PhD graduates, the majority of whom are now well-established professionals in the water and sanitation sector. Each one of them carries a piece of Chris’s passion, determination to solve problems, and his love for life and learning. His charismatic personality, radiant smile and mischievous sense of humour will forever be remembered.

Chris’s career in the water and sanitation field began in the 1970s as a post graduate student in Chemical Engineering at the then University of Natal. He joined the Pollution Research Group (PRG) in 1972 – a small group of three or four people that had been formed in 1971. He took over the leadership of the PRG in 1985 and was appointed as the full-time head in 1987. Under his guidance, the PRG has delivered ground breaking research in the water and sanitation field, and expanded its research scope beyond chemical engineering, to become a trans-disciplinary contract research hub with local, national and international recognition for its work. Over the span of his research career, Chris secured significant funding grants from organisations such as the Water Research Commission, the eThekwini Municipality and the Bill & Melinda Gates Foundation, as well as many other public and private organisations. His commitment to producing high quality research outputs, and his ability to adapt to the changing research landscape, has ensured that these funding relationships have endured under his leadership. In order to reflect the growing range of research undertaken by the group, the PRG was rebranded and relaunched as the Water, Sanitation & Hygiene Research & Development Centre (WASH R&D Centre) in December 2020.

Chris was always full of bright and innovative ideas at any time of the day and night. He constantly developed research questions to address water and sanitation challenges, and then set about establishing a network of researchers (both young and established) who would go on a journey of discovery with him. He built these relationships so easily and quickly, not requiring formal systems to secure them, but rather using respect, trust and the spirit of Ubuntu as his means of connection. His colleagues and students would know that after a time of intense discussion about a particular problem, Chris would quietly stand up, straighten his beard, undo his board marker and miraculously summarise all that had been said in a perfect diagram on the whiteboard.

Chris travelled all around the world in his quest to solve the water and sanitation challenges, and served on numerous committees, working groups and task teams. In all the places he visited, he made new friends and work contacts thanks to his social nature and open mindedness to embrace new cultures and experiences. Chris had the same friendly attitude towards everyone regardless of their age, background or social standing. His worldwide popularity was beyond measure, as he managed to connect people and create partnerships in either a formal or informal context. Chris did not seek personal recognition or accolades for his achievements, but his contribution to the Water and Sanitation sector have been celebrated through a number of awards such as the Water Research Commission Legacy Award and being granted Honorary Membership by the Water Institute of Southern Africa.

Chris leaves behind his wife Ann, his daughter Pippa, his son Tim, his son-in-law Tim, daughter-in-law Stephanie and five beautiful granddaughters. We express our heartfelt condolences to the family. Chris will be truly missed by all – family, students, colleagues and friends, but he leaves a lasting legacy through the WASH R&D Centre. He is an institution that will forever be loved and remembered for his enormous lifetime contribution.

On the left, please find banking details for The Chris Buckley Water and Sanitation Internship.

As the mentoring of young people was a passion of Chris’s, his family would like to create a legacy in Chris’s name to support the upliftment and capacity building of young community members through an internship-type programme in the water and sanitation field. Please deposit into the ban account alongside. A crowd funding site will be set up soon.

Leave a special message for Chris and his family here 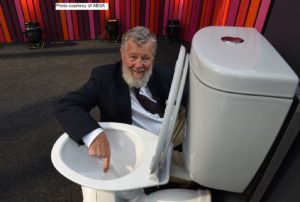 Chris Buckley was a chemistry boffin who charmed billionaires, reinvented toilets, toyed with ‘uricity’ and trained a new generation of sanitation engineer. 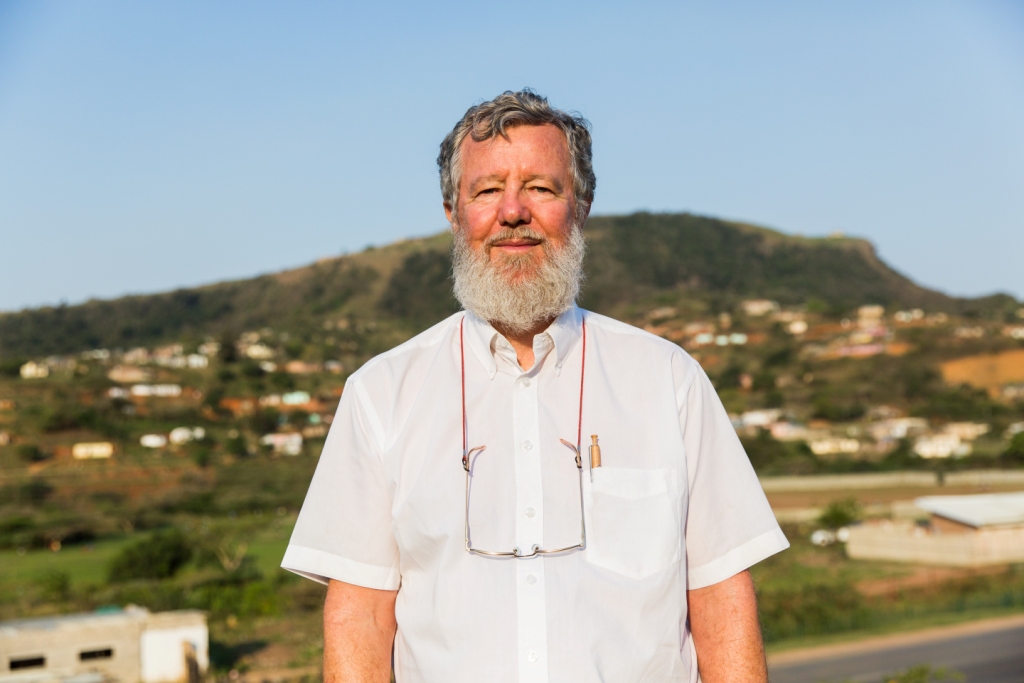 University Mourns the Passing of Water and Sanitation Pioneer

The University community was saddened to learn of the passing of long-time staff member and international water and sanitation pioneer, Professor Chris Buckley, on 27 May 2021 after a hard and brave fight against cancer.

For Chris Buckley’s major contribution to the Faecal Sludge Management (FSM) sector. The tribute will be shared at the FSM6 Virtual Conference Closing Ceremony on Friday, 4 June 2021, at 6AM (South African Standard Time). The video will be shared above when available. 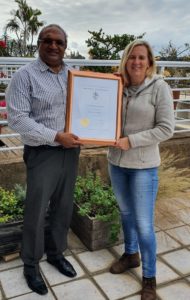 On 7 May 2021, the WISA Board bestowed Honorary Membership on Professor Chris Buckley, its highest accolade. Susan Mercer, the WASH R&D Centre’s Acting Director, received Chris’ certificate on his behalf from Dan Naidoo (pictured above)

WISA writes, “Professor Buckley was a stalwart of the water industry in South Africa and WISA member and supporter for almost 40 years. Professor Buckley held a MScEng in Chemical Engineering. He has spent his career as a researcher in the field of urban and industrial- water and effluent management at the University of KwaZulu-Natal where he was Head of the Pollution Research Group, a professional research group conducting innovative research projects on water resources, waste water reclamation, the impact of effluents on local environments, sanitation systems, and other water related environmental issues. Under his leadership the UKZN Pollution Research Group has produced 22 PhD and 93 masters’ students as well as multiple research papers all contributing to the improvement of sanitation and water quality in the sector. Prof Buckley believed that “sanitation is dignity” and spent his career working to support this in communities. WISA sends its most sincere condolences to his family, friends, colleagues and all who were privileged to know him and work with him. May his legacy live on and may he continue to inspire growth and development in sanitation and the water sector!”

Tap to select the previous period
Next

Sanitation provision remains an ongoing challenge and new, innovative ways are required to meet development goals. The WRC brings together some seasoned and knowledgeable professionals to share the global developments in sanitation. In doing so, they created a platform for recognition of a remarkable individual, academic, mentor, leader and “SHIT MANAGER” – Prof Chris Buckley.

The WRC writes, “Prof Buckley – affectionately known as Chris – is a unique individual who has touched and influenced the lives of many students, academic and professionals. However, he is amongst the few who can be regarded as a legend for the WRC as we celebrate 50 years old in 2021. Chris has had the unique privilege to be there from the early beginnings and benefited in his own career through the WRC platform and offerings. Help us say, ‘Thank you, Chris’.” 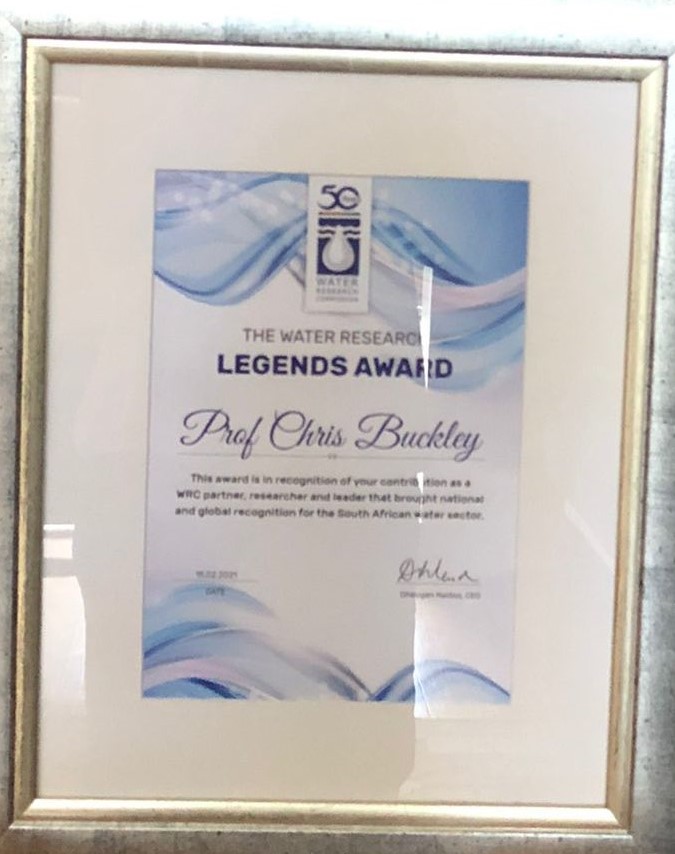 The Board of WISA, at their last meeting, elected Chris as an Honorary Member of the Water Institute of Southern Africa, effective 12 May 2021. This is the highest honour that WISA bestows. This was awarded to Chris in recognition of the dedication and support that he has shown WISA and the Water Sector over the course of his career. This singular honour is not bestowed lightly and takes into account the consistency of support that Chris has shown WISA over a large number of years. It is however not restricted to support for WISA, but also takes note of the contributions Chris has made to the enhancement of the Water Sector overall, and the esteem that his actions have brought to the stature of the South African water industry. 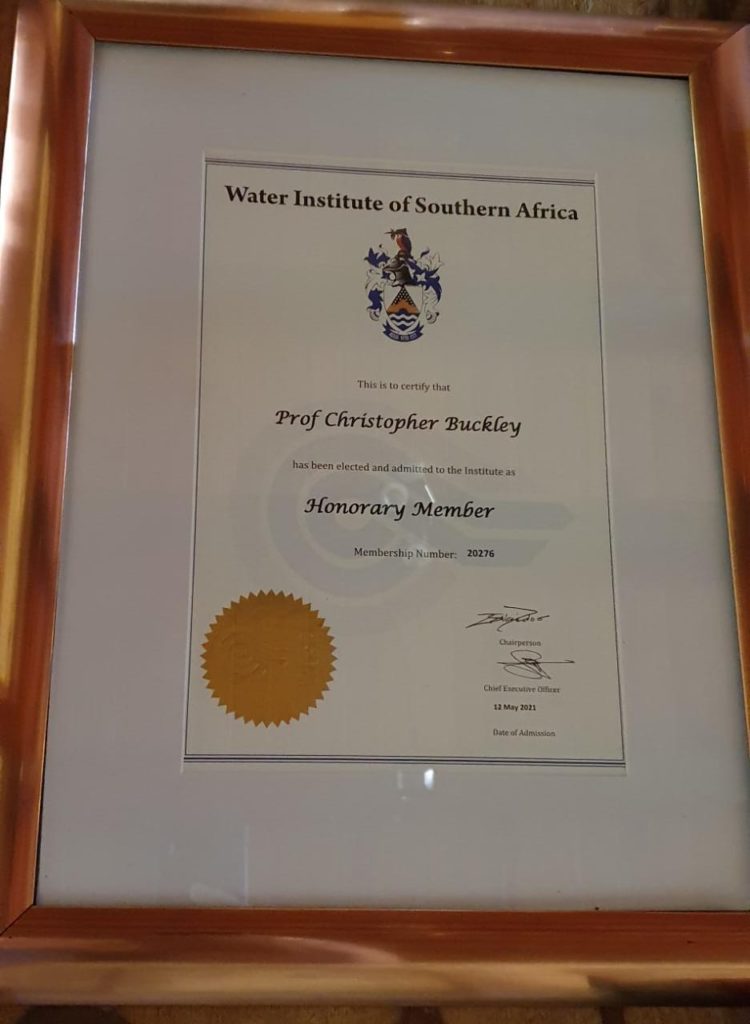 Tap to select the previous period
Next

© University of KwaZulu-Natal: All Rights Reserved